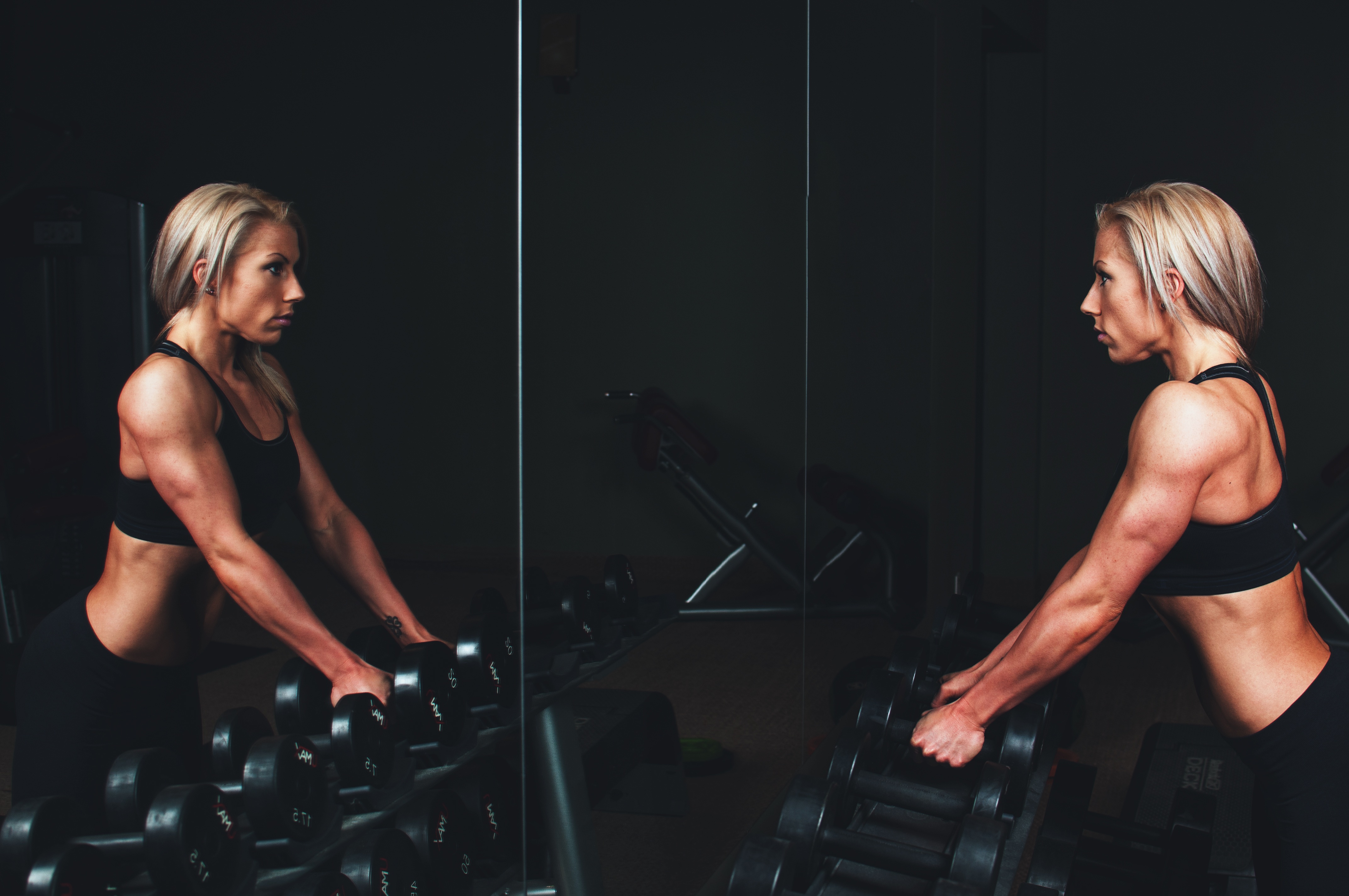 I chose the Anytime Fitness center in the Larkfield shopping center for my ethnography assignment.  Larkfield-Wikiup is a quiet, rural-ish, unincorporated town located about five miles north of Santa Rosa, CA. It boasts a population of approximately 9,000 people,  consisting of mostly white, middle-class households (79.3% to be exact, according to the US Census Bureau.) The average income for those living in the area is $74,076 per year, and the average home is worth $414,500.

This particular Anytime Fitness is a small, privately-owned franchise that collects monthly dues of approximately $50 per member.  The facility itself is small and limited, consisting of exercise equipment, weight machines, a free weight area, and a dance studio as well as a staff office and restrooms. There are no pool facilities. The entire gym nestles neatly into a one-room corner lot in a shopping mall that includes a local supermarket and a community bank. It’s a cozy place, one where you might think everyone should know each other on a first-name basis considering how small the town is.

Initial observations tell me differently.  At nine’o clock in the morning, the place is not crowded. There are maybe ten people here working out, along with a couple of staffers lounging around in the office. Roughly half of these are female. 90 percent of the occupants are white. Occupants appear to occupy a wide range of age groups and fitness levels. They seem to be working out solitary and separate from their neighbors.  There seems to be a protective space around each person, for everyone is at least one machine away from the next person, or occupying a private area away from others. Most people are wearing earbuds, which seems to further discourage conversation from others.  The treadmills and striders are more popular with older people, women and those less in shape. The back of the gym, where the weight machines and free weights are, is occupied by young men, who are often wearing grip gloves, sweat bands and earbuds.

Most people are wearing appropriate exercise gear.  One person immediately stands out from the others. He is a painfully skinny man who working by himself with free weights in front of a mirror. I notice his appearance is striking and awkward.  He’s wearing a bright orange zipper sweatshirt with a black tee shirt underneath, white baggy shorts that come down to his knee with bright red biker pants underneath, gray socks and brown leather shoes that don’t seem to belong in a gym.  He has a brown beanie that is askew on his head, half-revealing a shaven head although he has well-groomed, hipster-style sideburns. He’s wearing aviator style sunglasses. He reminds me of Hunter Thompson as portrayed by Johnny Depp in Fear and Loathing in Las Vegas.  He appears oblivious of everything around him and focuses on his stretching.

Nobody else seems to notice me standing by the cubby area with my notebook except for an older, heavyset man wearing a headband who is laboring away on a strider.  He is alert and looks around at everyone, including me, as if he is wondering if anyone is watching him.  I head over to the treadmill so that I can continue my observations without making it obvious.  I notice an abandoned plastic Starbucks coffee cup in the cupholder of the center treadmill and avoid it.  Looking around, I see more of these abandoned beverages, mostly in the form of plastic water bottles.  They are especially prevalent around the cubby area where people store their belongings.

More members enter and exit.  The office area how has several staffers milling around, many holding paper cups containing coffee.  This area is where the most interaction takes place.  An elderly woman walks in pulling a rolling overstuffed backpack behind her. She looks like she is dressed for a day of shopping. She’s wearing a long brown overcoat, jeans, a fancy red turtleneck, a white scarf, brown high-tops and a white wide-brimmed hat.  She takes off her overcoat and heads over to the exercise machines. I turn my attention back to the Hunter Thompson look-alike.  He is now sitting at a table vigorously shaking a Venti Starbucks cup before drinking from it. He also has a gallon of Arrowhead water, which he leaves on the table as he disappears into the restroom area. A few minutes later, he reappears, sans white shorts.  The red biker pants reveal everything as he heads back towards the mirror and sits cross-legged in what appears to be a meditation pose.

A young man interrupts his reverie by asking him a question, pointing to a machine behind him. He nods and re-settles back into his pose.  An older lady with a stylish blunt haircut strides happily on a machine.  Walking past her, I see her level is set on 16, and that she has been working out for more than 30 minutes now.  The clock inches towards ten o’clock and I make my way to the cubby area to collect my items and discreetly write down my thoughts.  The office area is now abuzz with several staff members ranging from a youthful, pretty blonde, a tall, heavily-bearded young guy, and an older, stern-looking brunette woman.  I leave the building.

This particular gym is rather small and private, and there are not many places to sit and observe.  I think I would not be able to do this unobtrusively and would need to blend in by working out alongside the members so that their behavior will not be influenced by a feeling they are being watched.

What strengths and weaknesses do you possess for conducting this kind of research in this type of setting?

I’m already a member of the gym, so my presence is familiar and habitual. So, I am not standing out in particular as an outsider and my presence is not out of the ordinary. I think most members would not realize I was observing them.  My deafness gives me an excuse to use my eyes could provide an excuse for being overly observant.  It also makes me an expert in reading body language. However, my inability to hear also excludes me from listening in to conversations, so I am limited to interpreting motives based on gestures and facial/body expressions.

Perhaps judgement and personal bias might come into play as I observe others in a setting where observation might be very uncomfortable to those who are sensitive to their body image. Many would probably not enjoy being described in detail on a public website like this, even anonymously.

How would you compare the quality of the data you gathered with that in any earlier observation you have done? Specify the points on which you base your comparison.

I frequent this gym three or four times a week, and I don’t usually observe others as closely as I did for this session.  I find that I isolate and insulate myself much as other solitary members do and focus on my own workout, although I do (discreetly) people-watch often.

If you were to do this exercise again, how would you improve your approach?

I am not sure I could hang out in a gym without being a participant as it would probably attract attention and make people feel self-conscious while they’re working out.  My sedentary behavior might turn off others who are working out and make me stand out to staff members who might see me as loitering.  I do notice that myself when I’m working out and wonder what a person who is not working out might be doing in a place like this. So my method to blend in and participate in exercise seems to be the best way to observe.